As a native Miamian born in the 60s, you know the close history that our city has to the Miss Universe organization. For many consecutive years the Miss USA and Miss Universe pageants were held in South Florida, primarily in Miami Beach, the sun and fun capital of the world!

My love for pageantry can be closely tied to the hometown connection as I remember as a small child my parents taking the family to watch the parades down Biscayne Blvd and Flagler St, girls shopping at local malls, photo shoots at the beach or poolside....beach beauties and a sunny paradise were a perfect match !

I was very excited to hear that the 63rd Miss Universe pageant would once again be held in Miami on Sunday, January 25th, 2015. Between the delegates arriving shortly after New Year's it became a fun filled 3 weeks leading up to the final telecast. Between work and travel it was difficult to keep up with all the activities but I made sure to at least participate in a few !

This year was also extra special as I had the honor to work with and prepare three delegates in interview for the Miss Universe competition...Ana Luisa Montufar, Miss Guatemala; Marline Barberena, Miss Nicaragua and Nia Sanchez, Miss USA.

About midday, I received a text from Nia that she and her roommate Miss Australia were running low on a few supplies including healthy snacks, water, meds and of course they had forgotten their resistance bands! So...PageantSmart to the rescue ! Off on a Target run we went and had so much fun shopping for them. We also made a quick stop at Walgreens as Nia had two pictures printed of Tegan and her family to put into picture frames she had purchased for her roommate. They were real excited to receive the supplies and truly it was a lot of fun helping them out ! How often do you get to go shopping for Miss USA? Nia texted that she had run out of several MAC cosmetics (eye liner, foundation, bronzer, etc) and was in dire need of replacements for each. Now this was a challenge for me as this is NOT my area of expertise. Needless to say, I took on the task and ended up at Macy's International Mall MAC counter and all the make-up artists were thrilled we were buying a few cosmetics for Miss USA. 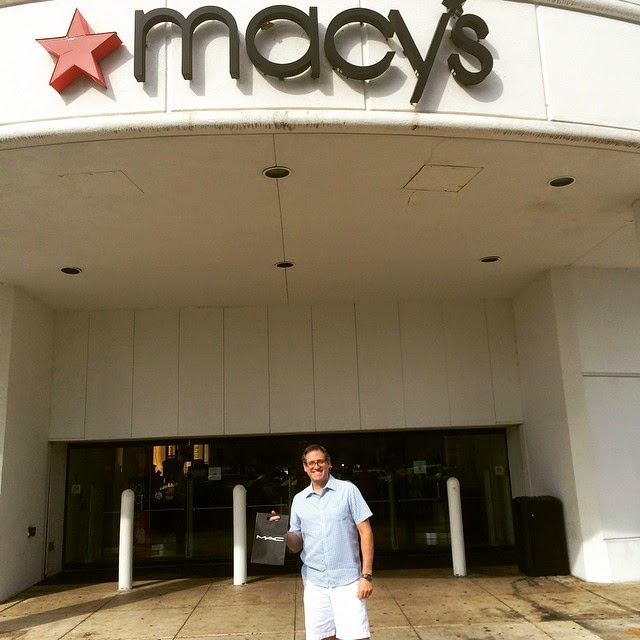 This was one of the first opportunities open to the general public where you had a chance to meet and greet the contestants. This was supposed to be a ticketed/RSVP event (ultimately tickets were not required) and the 88 delegates were split up between Dadeland Mall, International Mall and Aventura Mall. The delegation that was assigned to Dadeland were "the Islands", "Africa" and "Asia". We were probably one of the first there and we were excited to share our afternoon with our friends Maria, Barby, Isabella, Cynthia, Adelaida, Lelany, Noemi, JC, Vicki, Tracey, Lisa and others. The delegates were all so nice and accommodating to everyone that wanted to take pictures with them and they were in their heels for a full 2 hours ! Several of my immediate favorites from this group were Australia, Indonesia, Jamaica, China, Curacao, Guam, India, Philippines, Japan and Dominican Republic. Tegan (Miss Australia) was super excited to see her new American best friends as she calls us, I was able to reconnect with Brittany Bell, Miss Guam whom I have known for years and has a heart of gold and I was able to speak at length to Kaci Fennell, Miss Jamaica who had a very special way about her. Korea, Japan and Myanmar were the bubbliest and funniest of all. 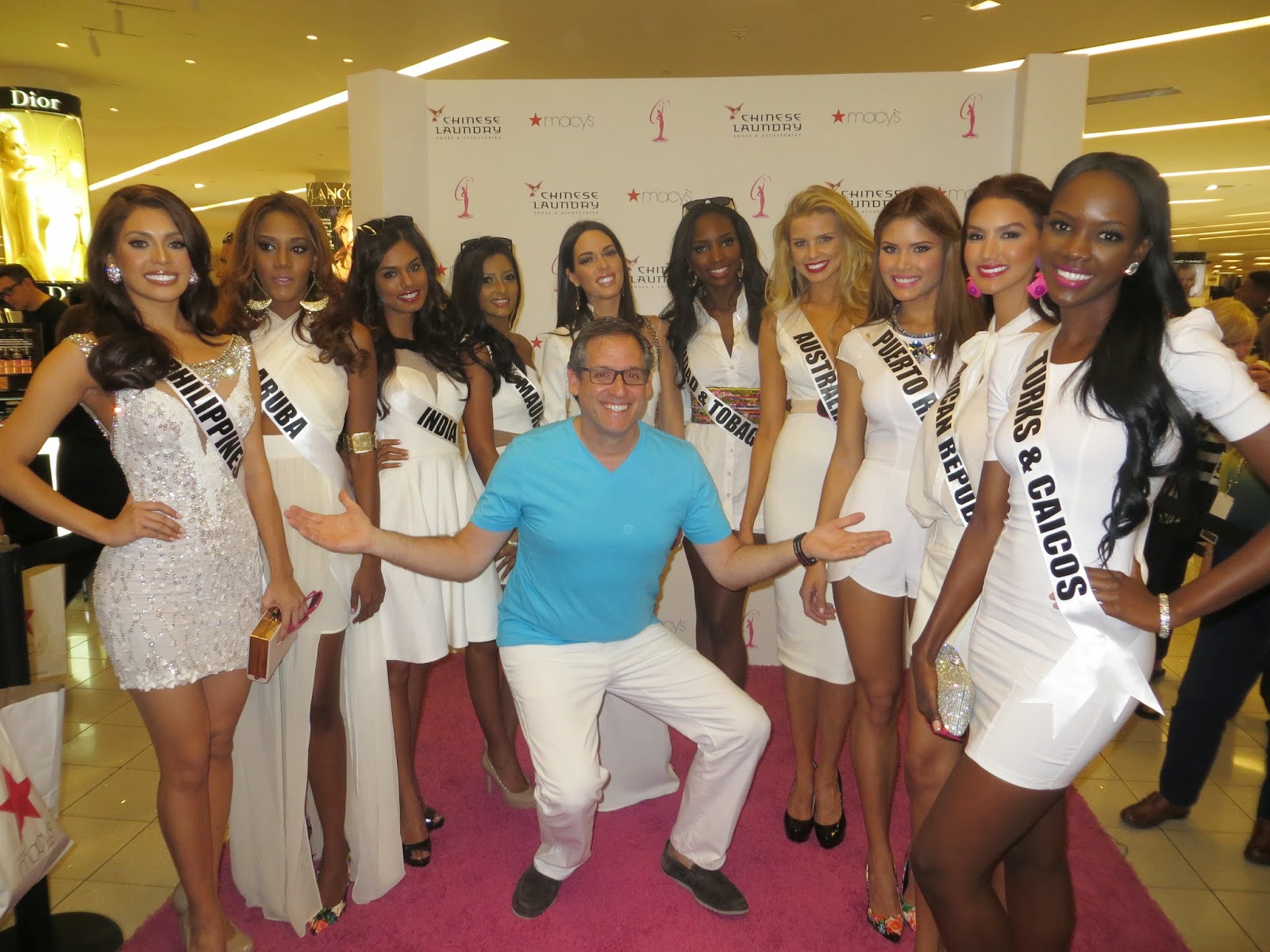 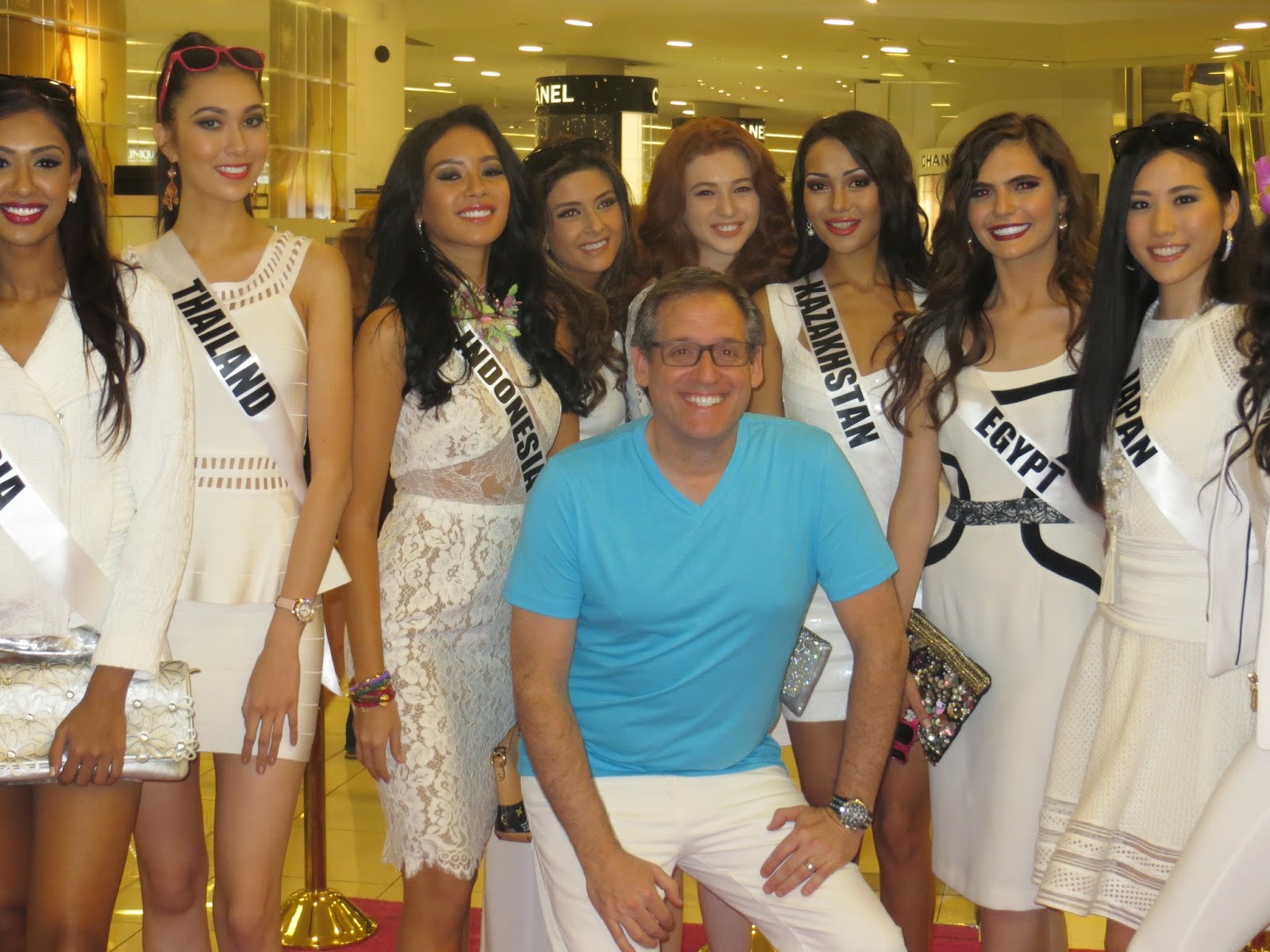 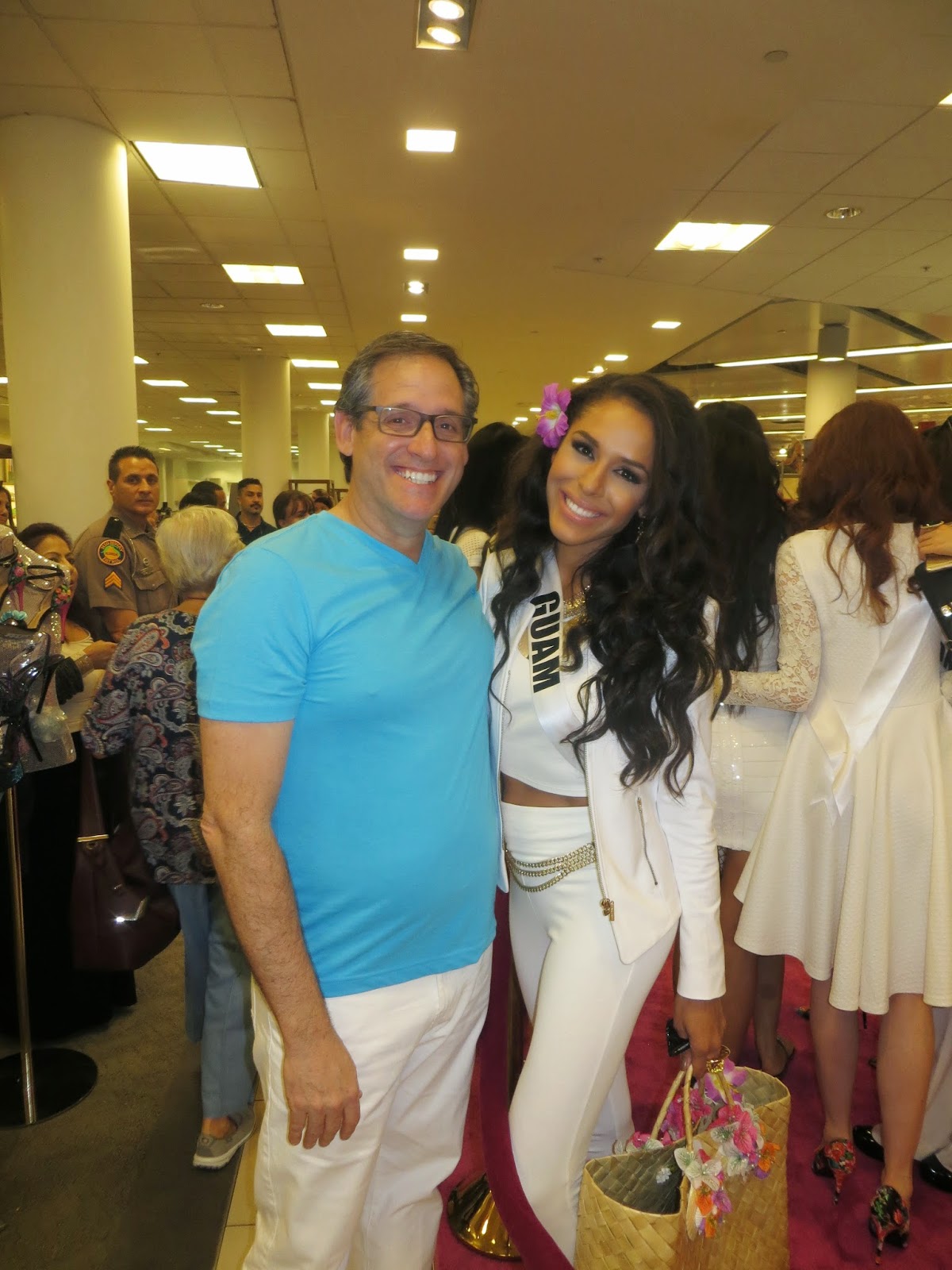 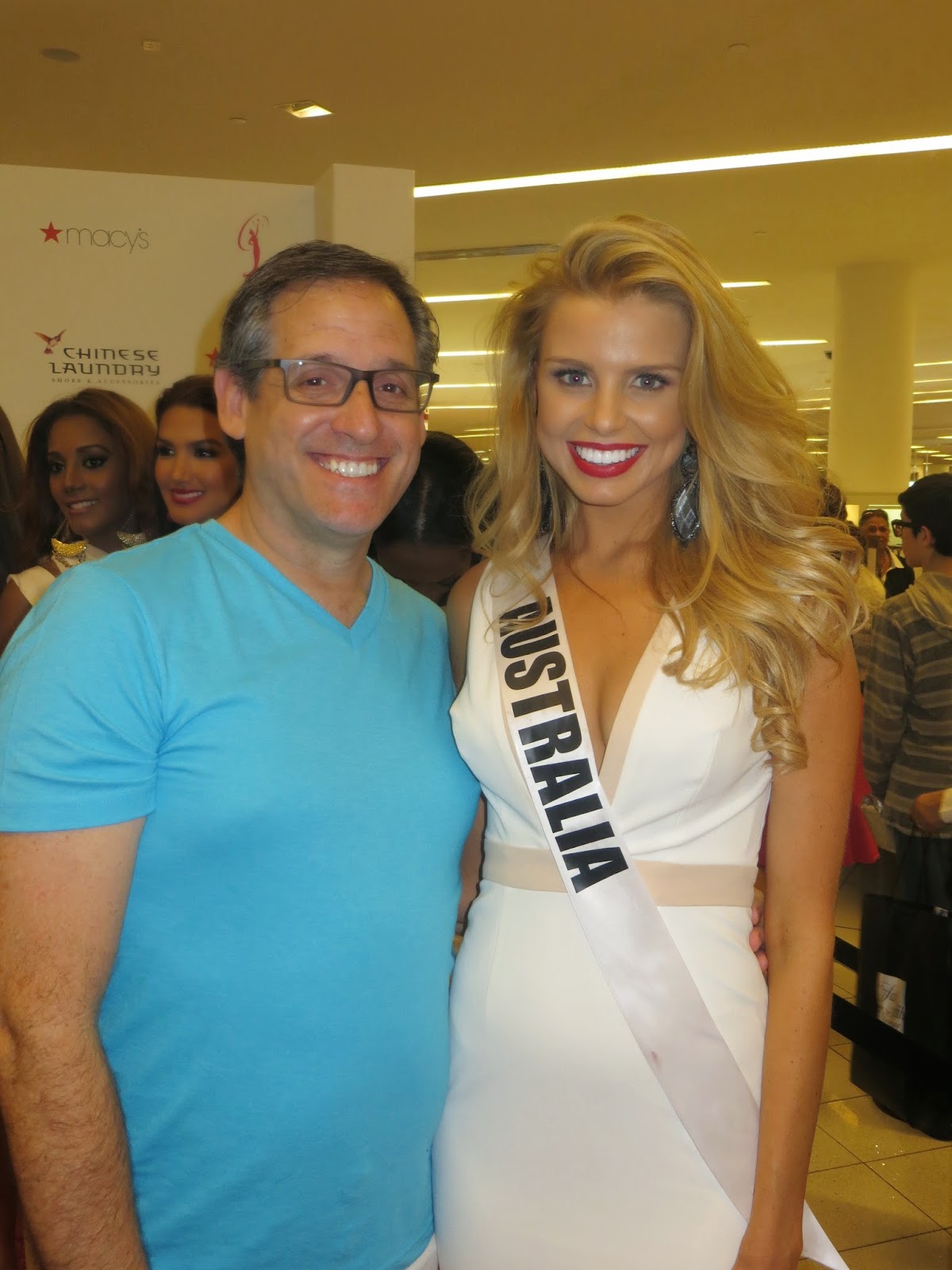 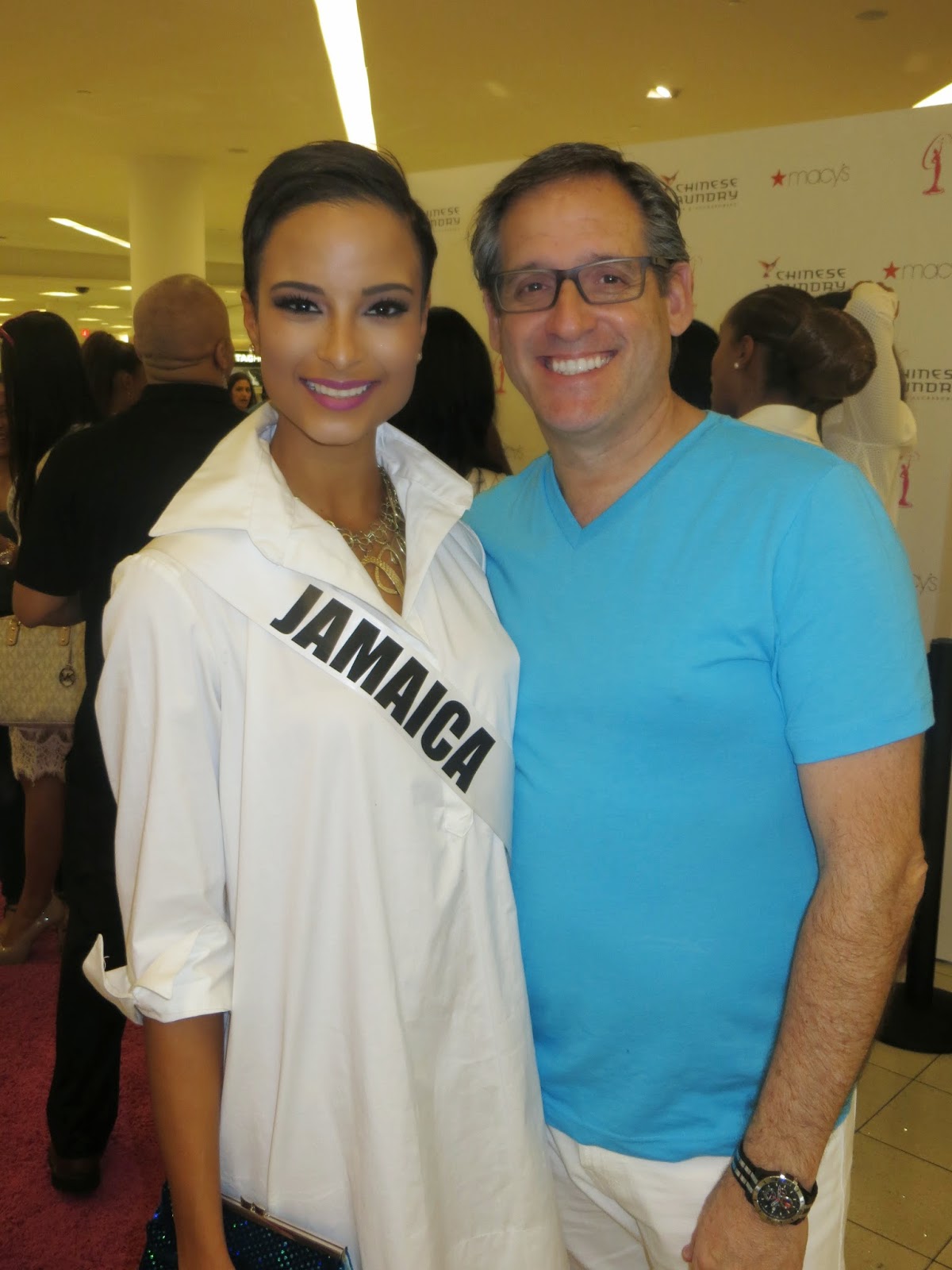 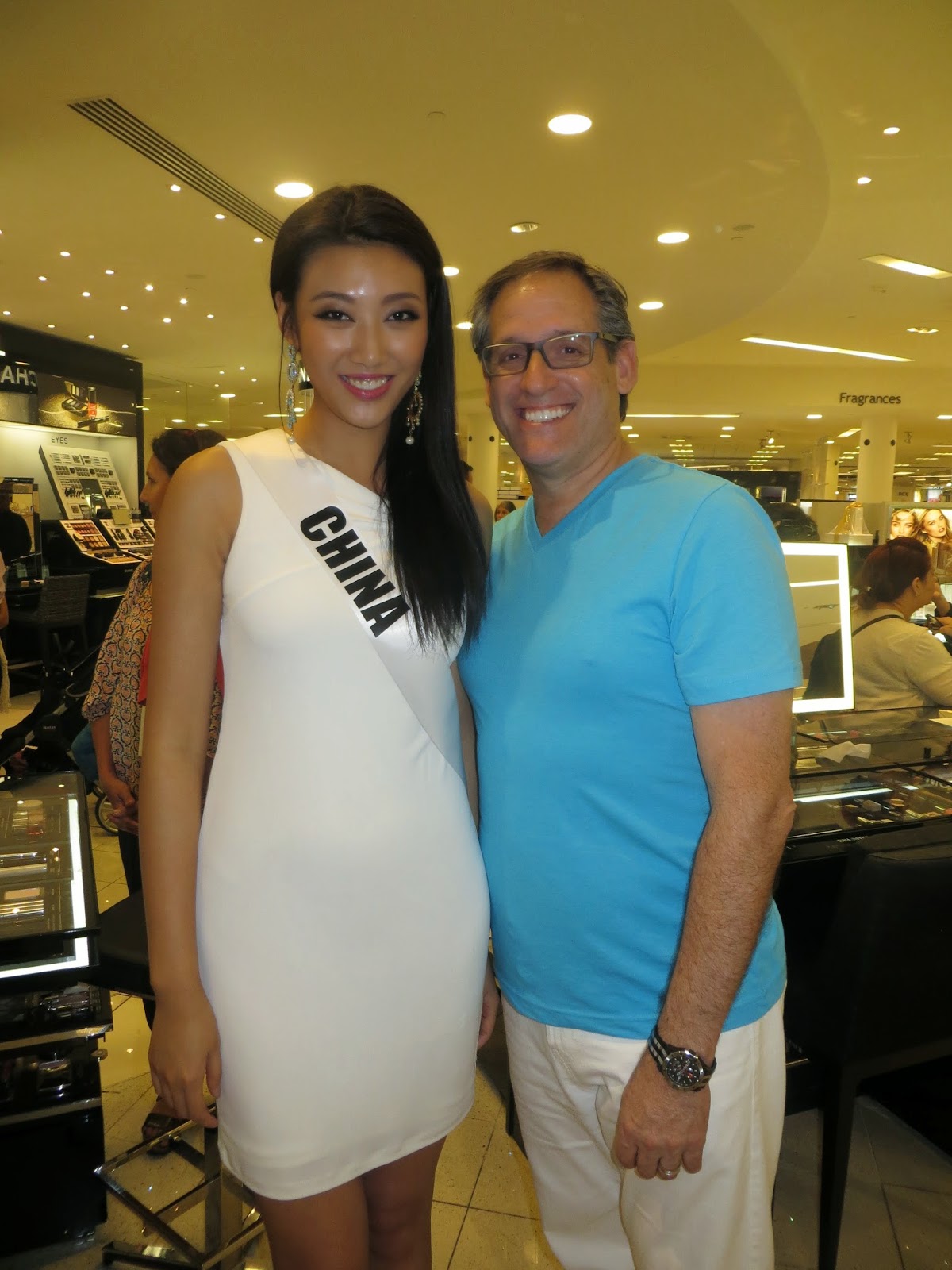 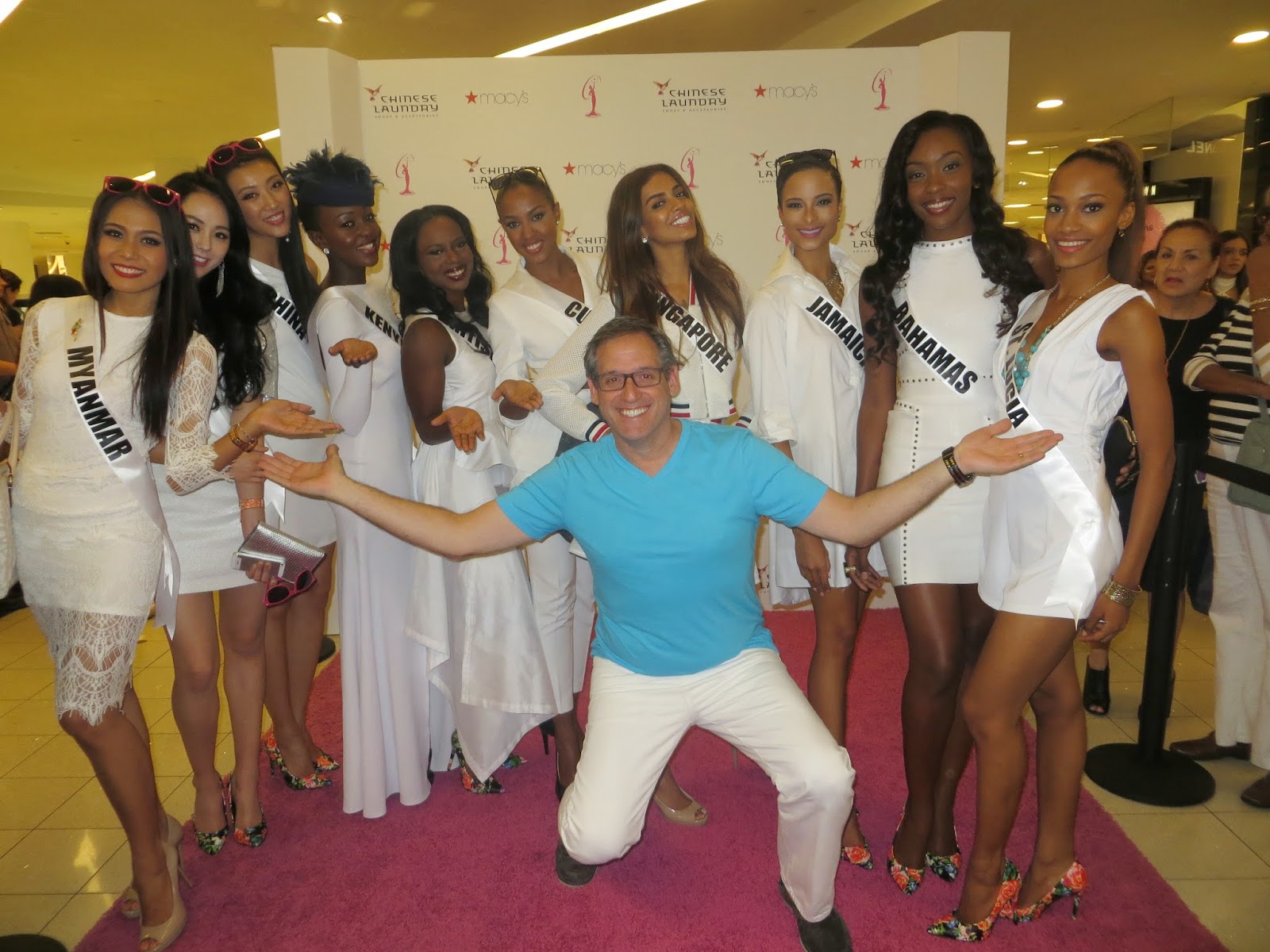